The History of Unix

Though the Unix operating system was first created over 50 years ago, it's legacy lives on through the Unix style command line interface. Early computers had no screens to display output. Teletype machines, long used for long range text-based communication, were retrofitted and attached to mainframe computers for user input and output.

The idea behind a teletype machine is simple. Each key on the keyboard is encoded with a sequence of electrical signals. When a key is pressed, the typewriter would print the letter on the paper roll in the teletype. Additionally, the electronic components would translate the key into a code (what we now call ASCII codes) and send  it to the terminal at the other end of the line. The same technology that was used for communication during World War II was integrated in to computers later on. When the user wanted to send input to the computer, the teletype would encode the message and send it to the computer. Output from the computer was then sent to the user's teletype terminal where the message was decoded and printed on the teletypes paper roll.

In 1968, Ken Thompson of Bell Labs began tinkering with an unused PDP-7 minicomputer. He had soon written his own operating system from scratch so he could create games and programs. Within five years, Unix was rewritten in the C programming language, which was designed in order to implement the Unix operating system. This allowed Unix to be ported to other computer architectures, and let to Unix breaking out of Bell Labs to other institutions.

There are a few additional aspects to the architecture and style of Unix that led to it's success, what has become known as the Unix philosophy. The important point for this discussion is that Unix was created to be useful for programmers. Though computers look very different these days, the set of command line tools developed at Bell Labs have stood the test of time. 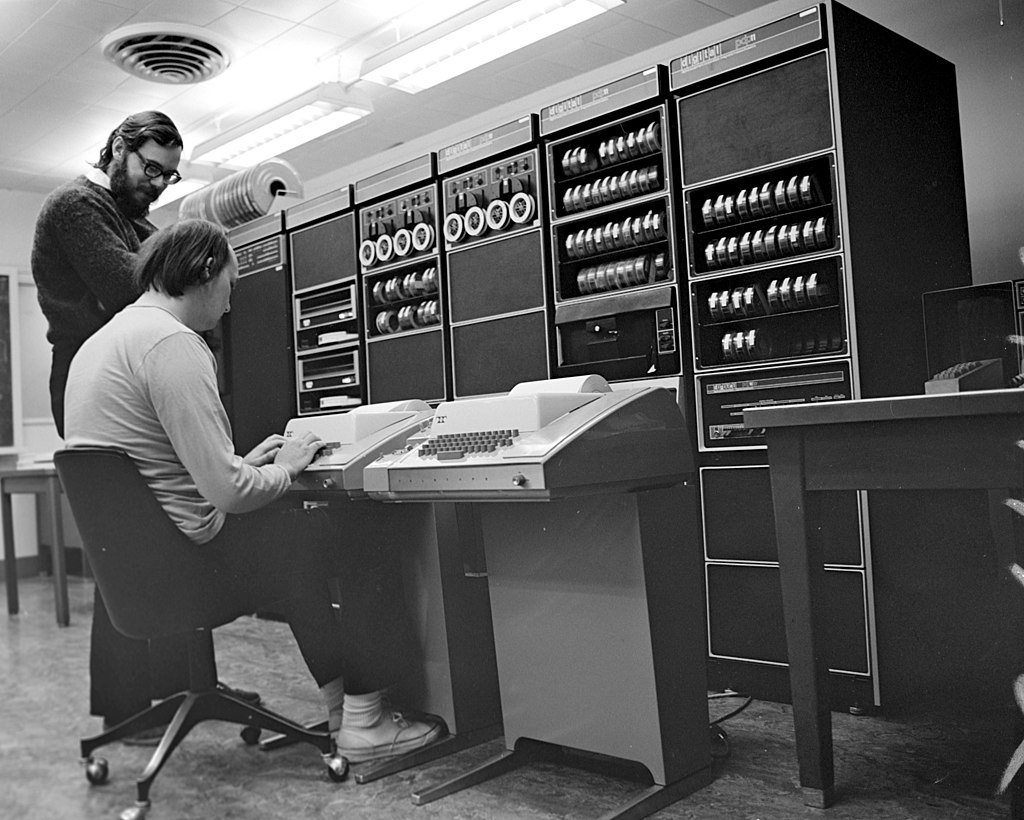